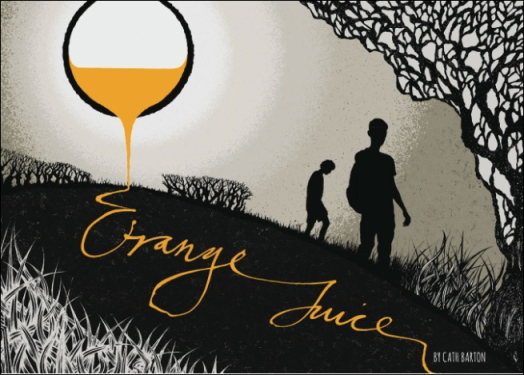 Looking back, I can see how it started. Two ten-year-old boys, bored in the too-long summer holidays, complaining to our mothers that we’d nothing to do.

Our mothers, exasperated, overworked with the constant round of cooking, cleaning, washing from which they could see no means of escape, willingly gave us ours. Packed us off with egg sandwiches wrapped in greaseproof paper, an apple each and bottles of orange juice. Yes, glass bottles. That’s what we used then.

We headed off into the promise of the July day, kicking at stones on the road, not caring a fig that we scuffed our shoes, not caring that our mothers would care and would ask us if we thought money grew on trees. It might as well have done, for all we thought about it.

Cynan dropped his bottle before we even reached the river, the orange liquid spurting across the tarmac path like the blood of some rare primate. We kicked the sharp shards of the broken bottle into the grass, not caring that some tender-bodied creature might crawl over them and be cut, even mortally wounded. We didn’t think. We didn’t think about anything that day. Didn’t plan anything. Didn’t mean any of what happened. Going down to the river was just something to do, a way of passing another long boring day.

We found sticks in the long grass and threw them into the river, seeing which of us could get his the furthest, but we got bored. Cynan said we should build a dam. It was something to do, but it was difficult. Others boys had dads who helped them with things like that. At least we thought they did, and that made us both sad, though we never actually said so to one another. We didn’t have dads. If anyone had asked us we’d both have said we didn’t care, though of course we did.

We walked on down the river, picking our way through brambles and nettles, getting stung and hurt but not saying. Then Cynan saw the dead cat. It was lying half under some twigs, as if someone had tried to hide it, but couldn’t be bothered to do it properly.

“Or maybe,” I said, “it wasn’t completely dead and it wriggled a bit.”

It wouldn’t have been able to move much. Its back legs were at funny angles and its head looked as if it had been screwed right round. Cynan poked it with a stick.

I don’t know why we didn’t just leave it there, or bury it, like other kids would have done, but we were bored. Dissecting it was something to do.

I had a penknife. It was a bit blunt, but I managed to saw through the cat’s sternum and pull out its heart. It was the same colour as the orange juice. I turned it over in my hands and we both gawped at it. I remember Cynan saying,

And me saying, “We haven’t, we’ve got red hearts.”

What happened next should obviously never have happened. But I was ten years old, it was a summer’s day, the sun was getting hot even though it was still morning and after days and weeks of boredom I was suddenly excited.

I lunged at Cynan and stabbed him with my penknife, hard, straight into his sternum. He screamed and twisted away. I shouted but he was gone, thumping through the undergrowth like the wounded creature he was. I didn’t follow him. I don’t know why I didn’t. I suppose I thought he would come back. I carried on dissecting the cat. It was something to do.

When I’d finished I washed my hands in the river. I remember the blood. The red and the orange and the dark blood, mingling with the water, turning it brown. And then it ran clear again and I got out the sandwiches and ate them all. And both apples. And drank the remaining bottle of orange juice.

Then I must have fallen asleep, because when I woke up it was shady in the wood and I was cold, in spite of the heat of the day.

Then I looked for Cynan. I found him quite quickly, and I covered him with sticks, the way someone had half-covered the cat, but better, because I knew he wasn’t going to move. His face was red and big and it scared me. There was something coming out of his mouth. Something orange and sticky, like the juice and the cat’s heart.

Then I walked till I couldn’t see him any more and I lay down and covered myself with sticks and leaves, because it was going to get really cold and I didn’t know how long it would be before they found me.

“The phone ringing will wake you in the night. You’ll answer it but there’ll be no-one there. Just a cat miaouing.”  From Baby

“I blink and he’s standing there, just for a minute. Glitter lands on my shoes. I blink. He’s gone.” From Clown